If you are expanding your product line and will need to create large batches of dough to accomplish your daily preparation goals, a floor model planetary mixer is a piece of equipment that is worth purchasing. A freestanding mixer that contains automatic and manual functions will allow you to create large batches of dough that are consistent in texture.

The Operation Of A Planetary Mixer

Planetary mixers that are designed to be set up on a floor are often used in industrial settings, such as factories or warehouses. This type of mixer is large in size and will contain a stainless steel bowl. The mixing arm will suspend from the top plate. While in operation, the agitator will rotate, similarly to how a planet orbits around the sun. The manner in which the rotation is completed is the reasoning behind the planetary portion of the mixer's title.

Some floor models that contain heavy pieces contain functions that are automatic, since lifting components would be difficult for an operator to perform. There are smaller floor models, however, that may contain manual functions or a combination of automatic and manual ones.

The Transmission And The Attachments

The other type of transmission relies upon a gear system. Speeds cannot be changed when a mixer is on. With a gear-driven transmission, an end user may decide to mix ingredients at a low speed and follow up by turning the equipment off and increasing the speed. After a batch of dough has been made and no lumps are visible, the bowl can be moved outward or lifted from its base.

There are a series of attachments that will aid with creating consistent batches. Some common attachments that may be included with the purchase of a planetary mixer are a beater, a dough hook, a whisk, and a whip. Each utensil can be used to create a variety of icings, cake batters, or pastry doughs. After purchasing a new floor model mixer, practice using it and each of the attachments, prior to creating your first batch of dough. Use warm soapy water to clean each stainless steel piece, in between creating fresh batches of dough. 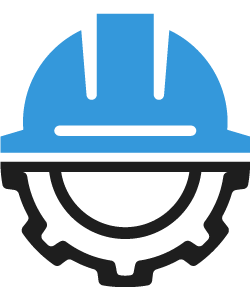 Your industrial plant is full of supplies in various sizes. Chances are, you have some big pieces of heavy equipment that do the lifting when it comes to manufacturing. You probably also have a lot of smaller supplies, like handheld wrenches, that are essential for making sure the finished product comes out perfectly every time. On this website, we hope to honor all pieces of industrial equipment, from the largest to the smallest. As you begin reading, you will pick upon tips to help you buy better equipment, maintain it, and train others to use it. And that's just the tip of the iceberg, as they say.